Both shoes on - a short and sweet update 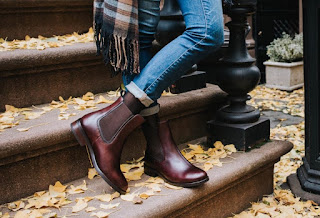 On October 3rd, I broke a bone in my foot - the fifth metatarsal (sounds like a movie title, no?) A month later (but it felt like ages!), my cast was off, and I started walking again...slowly but progressing steadily. I didn't know how much muscle mass one can lose in such a short time - 30-40%! A coupe of days later the physiotherapist examined my foot and said all looks ok, and all I need to do is keep on walking every day. Easier said than done, but I followed the advice. The most amazing thing about healing is the magic of the night hours...I could never say I was getting better during the day, in fact, I was worried that I was tampering with the healing process because at the end of each day I felt exhausted and the pain was returning in small dozes. But every morning I would wake up with more and more strength and confidence in my walking ability...until Saturday - two weeks cast free and I managed to step into a hole in the pavement in Amsterdam, my foot in the same twisted position as when I broke it! Before I even felt the strong pain, I was so angry with myself for letting it happen! I made it home ok, limping, with pulsing pain in the exact same spots as in the night of the accident. Oh, well, I thought, no matter how long it would take to heal I am NOT getting a cast again! And then on Sunday I proceeded (pretending that nothing happened) with yet another trip to Amsterdam. It was a misty and rainy day, but warm, so I opted for walking across town, with frequent breaks for coffee or food. The walk made me go to bed early, and I slept for almost 11 hours. Same thing last night - another 11 hours of sleep... And guess what?!!! This morning I woke up , got up, and walked!!! Like I have always done - with confidence, no limping, good balance. I felt solid standing on one foot, and albeit I can still feel where the pain was...I could also feel the itching of a healing wound! So great! So happy time! Both shoes are on! :-)