Munching pretzels, sipping ice-cold coke and listening to music.
Wearing a simple dress, loose flip-flops...and letting the air tickle my skin.
Soon I'll hop on the bike and let the wind mess my hair.
All awhile the air smells so sweetly of linden tree blossoms.
Summer is here...and I love it :)
No comments: 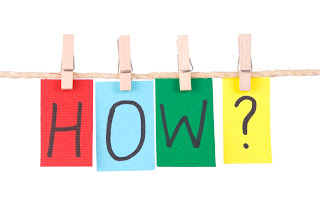 two random men in my life 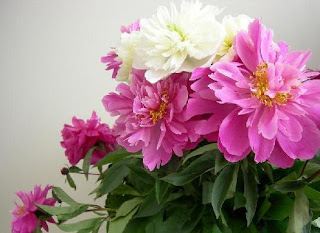 Have you ever known someone who you would get into an argument with, and tension will escalate to the point of no return, and not only that, but you'd never want to speak to that person again, never ever, even years later....never...Have you?
I think I have.
We met on the internet, then in person, then we had it great for about 8 months, love was in the air, and then in just 2 days together it all collapsed in the ugliest way. According to him I was a very negative person, pretentious, self-centered, looking down on people, rude and emotionless. He wondered how I could possibly have friends.
Well, I know I am not perfect, and I probably did a few things wrong during these two days. Nevertheless, to hear such judgment is harsh. But they say everyone is entitled to their opinion, so I faced the fact that I have no place in this man's life and moved on.
After a while I overcame the pain, but I could not stop wondering...how was it possible - we got along so well for eight months, and then in just two days something so radically off the charts took place?!
I let time do its healing magic for about two years, and then I decided to call this man again, for the good time's sake...to try to bridge the gap filled with questions, hoping I could learn something about people in general, or something about me, or just out of curiosity for human kind.
Well, within the first minute of our phone call I realized some gaps can't be bridged, some gaps will never be closed, and perhaps...they should stay that way. Let them be the lessons from which we learn and grow...and move on!
And so I did, deleting his name and number from my phone.

On the other hand, another man...a random man I see every Saturday on the flower market. He sells flowers. His flowers are just as good as everyone else's are, his prices are just as good as everyone else's are, but he always have less buyers around. And I don't feel the urge to buy from him either...not sure why.
Last Saturday I just stood at the market and watched...he would stand behind his flowers and shout 'Fresh flowers! 3 bunches for 5, 3 bunches for 5!' But as soon as a client gets closer, he would stop shouting, and just stand there still. Not saying a word, not encouraging the people to buy, not offering a suggestion, or just the casual small talk...it felt like he didn't have the communication bit going.
I decided to buy from him that day, I tried my handicapped-Dutch, I smiled a lot, I looked into his eyes, I tried to make a connection - a simple connection with another human being. And it worked! At least it seemed to me that his face got a bit brighter , even for that short time, he smiled and it felt good.
I don't think I will always buy my flowers from him, but on that day I decided to do it, for the sake of approching the ones that are probably most troubled and distant from the crowd. And as my Dutch gets better, I will try to chat him up and hear his story...

On that day I bought red peonies - I once read that according to Feng Shui, peony flowers bring love to one's life...and I hope they do, because once loved, we then easily spread love around...and everything falls into place.
2 comments:

Sounds and scents in Utrecht 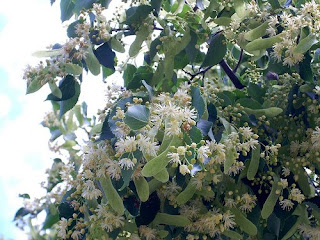 If memory still serves me right, I have moved 28 times in my almost 38 year long life. At times with more excitement, at times just because I had to. Moving a floor or two higher, or thousand of miles away, a move is a move.
As soon as all my boxes are in the new abode, I intuitively tune in to the sounds and the scents it comes with. For some reason (very probably a basic animalistic instinct!) getting familiar with them is my way to bond with the place and start feeling safe, at home. It doesn't matter if it is the humming noise of the fridge, or the smell of a new laminate floor...they simply add some coziness and give the place a unique character.
The sounds of Utrecht are magical!
I don't even know where to begin...
I wake up to the sound of bycicles rushing in the morning, high heels walking the pavement, kids chattering lively on the way to school...or if later in the morning on the weekend - church bells and chimes. I simply loooove the sounds of church bells! Occasionally, I'll hear a rooster...have no idea who has it and where they keep it, but there you go - there are roosters in Utrecht. Even the noisy garbage truck on Friday morning sounds friendly. And if you happen to be in the garden around 7pm, dinner time in the Netherlands, you will hear the familiar sound of silverware and plates through the open windows of the neighbor's apartment above...so cozy!
I moved to Utrecht at the end of March, and they say it's best to move to a new place in Spring time, so you see it at its best. I think I did it right! Spring was in the air - fresh and crispy, filled with the gentle scent of green grass, blooming trees and first flowers, so full of optimism! Then for a week it was the season of white, blue and purple acacia flowers climbing up outside walls and fences. Their light sweet smell is the perfect companion for a late night walk. A week later - lilac bushes were in their prime! Intoxicating scent that makes me close my eye every time I smell a lilac bloom. Haven't you?
Another week of warm weather, and the Queen of all flowers took over the stage. Roses were everywhere and their scent filled the air, much lighter than the lilacs, but so much more refined, as if asking for special attention, as if holding back and playing a game...ok, a rose is a rose! :)
And this week...another magic happens - the Linden trees ("Tilia cordata",http://en.wikipedia.org/wiki/Tilia) started blooming! They really fill the air with such calming sweet scent, so familiar from my childhood, that I can't help it but to smile every time I inhale it. One can also make a delicious tea from the linden tree flowers...but that goes beyond sounds and scents :)
At work, I enjoy listening to the wind going through the crowns of the birch, maple and oak trees under my window. And the occasional ambulance in the distance...:)
At home, I love the company of the birds' songs...not for nothing I live in the Vogelenbuurt ('The Birds' neighborhood')
1. And when for a walk in Griftpark, the most sublime pleasure is to hear the clock tower bells, inhale deeply the cool afternoon air filled with the wisdom of the day, and while looking at the grand Dom tower silhouette, to let the last Sun rays for the day kiss my face with warmth...
2 comments:

If wanting to have a British car on the Continent, one inevitably has to change the headlights - it's the law! After numerous phone calls to Toyota, three drives there and five times getting lost in the highway spider web in midst of which Utrecht is placed...I managed to leave my car in the shop, hoping that I did communicate clearly what needs to be done.
And then came the reward for all that hassle - one day rental Toyota Prius!

You know I love my "grand cherry" Toyota Aygo, but ... once you push the start button of the Prius, you know we are talking a whole different game!!!
I had almost forgotten how a real automatic gearbox feels, how fast the acceleration is, how smooth the ride...It's such a feeling!
Very, VERY tempting to take the day off and just drive around the NL highways, and indulge the speed! Who cares that I just attended an OMI Science Meeting talking about air pollution, climate change and such...
The masculine power, the full control, the pleasure of driving a good car...So simple, yet so fun! Even for a day!
And tomorrow ... I'll hop again on the bicycle and pretend to be Dutch :)
No comments:

my relationship with music 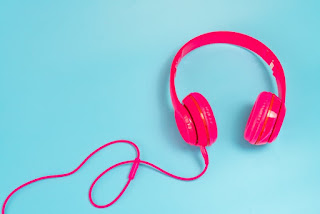 Getty Images
Words are extremely powerful...
and a picture might be worth a thousand words...
but a melody...
it takes you places only you (secretly in your mind) know about...
it brings up feelings (you keep only to yourself) to the surface...
it heals your spirit (that no one knew was broken) like magic...
makes you dream again...
brings life in your veins...
it let you JUST BE...
:)