Money & Me: The Beginning 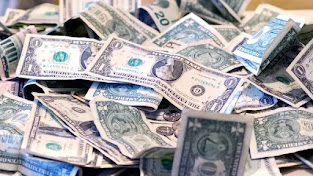 “Scientists have tracked exchange and trade through archaeological records, starting n the Paleolithic, when groups of hunters traded for the best flint weapons and other tools”, claims anthropologist Chapurukha Kusimba. “At first, people bartered, negotiating exchange deals between two parties for desirable objects. Money came later and its form evolved over the millennia – from natural objects to coins to paper to digital versions. “

Having been around for so long, one would think money is a settled matter. But money is a fickle thing.

I was introduced to money only half a century ago, yet in this relatively short period of time, I witnessed three redenominations of the Bulgarian lev in my home country. Nineteen European countries underwent currency substitution during the formation of the European Union. I lived in four countries after leaving home and I dealt with four different currencies. Moreover, I witnessed different attitudes toward money around the world.

Want to read about how I got to know and value money?

Follow my "Money & Me" adventures (and misadventures!) in the next several weeks.