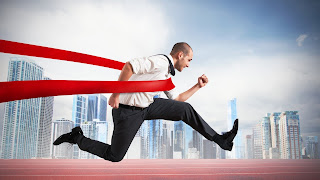 Getty Images
Content from Sternberg, R. (1994). In search of the human mind. New York: Harcourt Brace. 1. Lack of motivation. A talent is irrelevant if a person is not motivated to use it. Motivation may be external (for example, social approval) or internal (satisfaction from a job well-done, for instance). External sources tend to be transient, while internal sources tend to produce more consistent performance. 2. Lack of impulse control. Habitual impulsiveness gets in the way of optimal performance. Some people do not bring their full intellectual resources to bear on a problem but go with the first solution that pops into their heads. 3. Lack of perserverance and perseveration. Some people give up too easily, while others are unable to stop even when the quest will clearly be fruitless. 4. Using the wrong abilities. People may not be using the right abilities for the tasks in which they are engaged. 5. Inability to translate thought into action. Some people seem buried in thought. They have good ideas but rarely seem able to do anything about them. 6. Lack of product orientation. Some people seem more concerned about the process than the result of activity. 7. Inability to complete tasks. For some people nothing ever draws to a close. Perhaps it’s fear of what they would do next or fear of becoming hopelessly enmeshed in detail. 8. Failure to initiate. Still others are unwilling or unable to initiate a project. It may be indecision or fear of commitment. 9. Fear of failure. People may not reach peak performance because they avoid the really important challenges in life. 10. Procrastination. Some people are unable to act without pressure. They may also look for little things to do in order to put off the big ones. 11. Misattribution of blame. Some people always blame themselves for even the slightest mishap. Some always blame others. 12. Excessive self-pity. Some people spend more time feeling sorry for themselves than expending the effort necessary to overcome the problem. 13. Excessive dependency. Some people expect others to do for them what they ought to be doing themselves. 14. Wallowing in personal difficulties. Some people let their personal difficulties interfere grossly with their work. During the course of life, one can expect some real joys and some real sorrows. Maintaining a proper perspective is often difficult. 15. Distractibility and lack of concentration. Even some very intelligent people have very short attention spans. 16. Spreading oneself too think or too thick. Undertaking too many activities may result in none being completed on time. Undertaking too few can also result in missed opportunities and reduced levels of accomplishment. 17. Inability to delay gratification. Some people reward themselves and are rewarded by others for finishing small tasks, while avoiding bigger tasks that would earn them larger rewards. 18. Inability to see the forest for the trees. Some people become obsessed with details and are either unwilling or unable to see or deal with the larger picture in the projects they undertake. 19. Lack of balance between critical, analytical thinking and creative, synthetic thinking. It is important for people to learn what kind of thinking is expected of them in each situation. 20. Too little or too much self-confidence. Lack of self-confidence can gnaw away at a person’s ability to get things done and become a self-fulfilling prophecy. Conversely, individuals with too much self-confidence may not know when to admit they are wrong or in need of self-improvement. PS: I found this article interesting... And you?