How to be Single 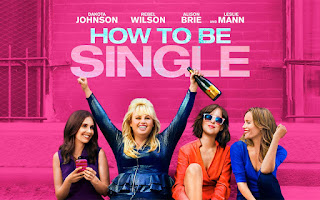 On the Art of Living Alone

Being the peripatetic scientist that I am, every now and again I have to fill an Emergency Contact Information section on a form.

Identifying one such person can be challenging at times and it inevitably makes me question my choice to live alone as a single woman.

Much is written on the perks and perils of living solo ranging from glorifying it (usually in a humorous manner) to the everyday downsides of it.

Here is my offering to the Encyclopedia's chapter on being single and living alone.

I grew up in a family of six - my sister and I, Mom and Dad, and my grandparents. My sister and I always shared a room (and a bed for that matter), therefore sharing my living space with someone seemed the normal thing to do. During my college years, I always had a roommate (separate beds!). When I graduated and got a job I moved in with my boyfriend. We habituated a studio first, then a one-bedroom apartment. Later I married and upgraded to a house. Then one day I had to get a job out of state, the hubby didn't join.
I chose to live in a shared apartment. Three of us had our own bedrooms with en-suite bathrooms, but we shared a living room and a kitchen. I had some company every day, yet I had privacy too for when the hubby would visit.

Life then threw a wrench in the family works and I found myself 33 y.o. and divorced. I compounded the problem by getting a new job and relocating to a new city.

In a vulnerable state driven by a romantic betrayal (divorce was imminent) and interrupted identity, I chose to live alone. Living with strangers seemed like too much to take.
I felt like I needed some time to lick my emotional wounds and heal before I open up and trust again. I choose to stay single for a while.

Research shows that America is the leading country in the living alone approach and it has embraced this fashion only in the last half a century. The number of people going solo has tripled since 1950 and Manhattan and Washington, DC are the front runners in this modus operandi. I lived in Washington, DC on my own. I was part of the phenomenon. I accepted it as my new normal. It has become part of me, to the point that when I moved to live in the UK, the Netherlands, and Australia, in my thirties, I found it boggling that professionals of my own age would still live in shared houses or apartments, sometimes four or five of them in a house with only one bathroom.

I am sure we all have our reasons to live the way we do. I am certainly not alone in a boat of my choosing. Here is my take on being single and living alone.

What I love most about being single and living alone

1. I can listen to music 24/7.
Not only I can listen to music any day and any time, but I can choose tunes that fit my mood. I also tend to enjoy my music loud. Or at least as loud as my neighbors tolerate. Blasting a favorite Bulgarian folk song on a Saturday morning at 8 am once lead to someone knocking angrily on my door. I stopped the music but didn’t open the door.

2. I can spend as much time in the shower as I like.
I know very well that what I do is wasteful, but I simply love standing in the shower and feeling the water hitting my shoulders, back and face. It soothes me. It’s the second-best thing after being hugged.

3. I can live on salads and sandwiches, and fruit.
Eating raw food is healthy, and I save on energy bills (and time!) by not cooking. When living with others I get a bit embarrassed from my rabbit diet.

4. I can give in to my OCD streak.
Yes, I’m a bit of a clean freak. At times I would allow for a huge mess to build up, solely for the indulgence of having something major to clean.

5. I can dance like nobody is watching.
I not only dance at random times and at random tunes but with random moves too.


What I hate most about being single and living alone
1. Walls are nice to stare at, especially when there is a piece of art on them, you can even talk to them, but they never answer.

2. There is nobody to share house chores or bills with.

3. There is this patch of about four cm^2 on your back, that they say almost no one can reach and scratch (unless you are super flexible). But it itches at times!

4. You can’t make jokes when nobody is around to hear them.

5. Waking up in the silence of my own place gives me panic attacks at times.


Despite the second group of five reasons, it’s not all gloomy and sad.


What I have learned from living alone

2. I learned to cook better - because cooking takes your mind off things.

3. I discovered I have an introvert side too, and I can tap on it when needed.

4. I became my best friend.

5. I learned to be agile when plans change unexpectedly.


Some of you might be perfectly fine living alone, just like I am (most of the time!). But I can also hear some of you mumbling '...it’s easier said than done'.
Actually, it is easy!
Here is my cheat sheet for you, the wisdom of 12 years of being single and living on my own.

How to handle living alone at first

1. Try to establish a routine for yourself. Mix the activities you like to do with the chores you need to do, set some balance. Stick to this routine for a while at least, it would give you a sense of familiarity, predictability, and being in charge.

2. When choosing the location of your new abode, pick a lively neighborhood. Walking on a street surrounded by people, when there is nothing else to do, has always been a favorite backup plan of mine. Do some people watching while at it. I even go a step further and try making eye contact with strangers, just for the fun of it.

3. Find one decent coffee shop and a pub within crawling distance. Do I need to elaborate?

4. They say a healthy spirit lives in a healthy body - use these first weeks in a new city to visit the doctor, the dentist, have a massage.

5. Enjoy all of these one-person-only suitable activities - swim, run, do yoga, visit museums, read, go to the movies, go to a comedy club.

6. On a nice sunny day when the muse strikes make a list of everything you like to do and put this list on your fridge or another easy-to-see place. Check the list when things get rough and you draw a blank on what to do next.

7. Call your parents or good friends far away - they will most certainly appreciate it.

8. Try to get to know your neighbors or get involved in the local community.

"The thing about being single is, you should cherish it. Because, in a week, or a lifetime, of being alone, you may only get one moment. One moment, when you're not tied up in a relationship with anyone. A parent, a pet, a sibling, a friend. One moment, when you stand on your own. Really, truly single. And then... It's gone."

Having just handed you the key to the "Being single and living alone could be fun" kingdom, I must warn you. Mastering the skill of living solo can be dangerous. We set in our own ways and forget that they are not the only way. I challenge you to also have overnight visitors from time to time, allowing you to see what shared life could be and appreciate both sides of the medal.

After everything is said and done I have to admit - to each their own. For me personally, living alone is fine yet I appreciate the alternative too. Maybe I had enough of being single and I'm curious to learn new tricks?

I wrote this piece in late 2016. Then I saw the movie 'How to be single' and said to myself "Oh yeah, I rock this single lifestyle!"  But you know how they say "it would happen when you least expect it"?  No more than three months later I met my boyfriend and I am now exploring how to be in a relationship after 12 years of singledom. We have been together for four years now. Is another phase of singledom in the cards? Only time will tell. Whatever your social status, by choice or not, do put in the effort and make the best of it!